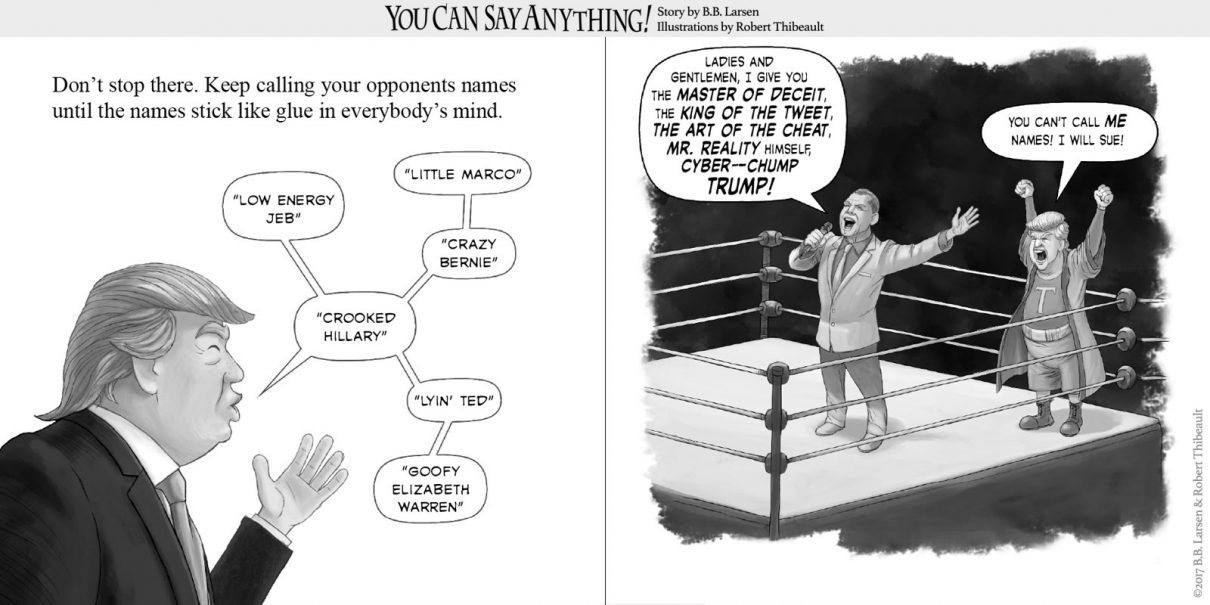 If you ask most school children what the President does, they can tell you right away — the President is the leader, the one entrusted to make decisions and chart directions on behalf of all the country. And, uh-oh, looks like we’ve got a problem here if the leader is bent on name calling in the crudest ways, yucking it up on twitter as if we all just slap dashing around in some pro-wrestling match.  (Shouldn’t he be preparing for a meeting with Vladimir Putin or something?)

Trump uses name-calling, anger, and bullying as a tool to divide the country. As someone who grew up in the midwest watching pro wrestling and now lives on the east coast, I get it. He’s built on resentment. Rather than uniting the country toward a common goal, serving those who’ve been left behind, and creating the best health care in the world for all in the US, he’s fanning the flames of resentment and anger. He’s solidified a small base of people who, rather than feel hope, feel the satisfaction of anger-bashing a perceived enemy.

How we got started

Now on the Shelves at Wellesley Books...

Can Trump learn empathy from the children he cages?
Can Children Help Trump Speak More Respectfully?