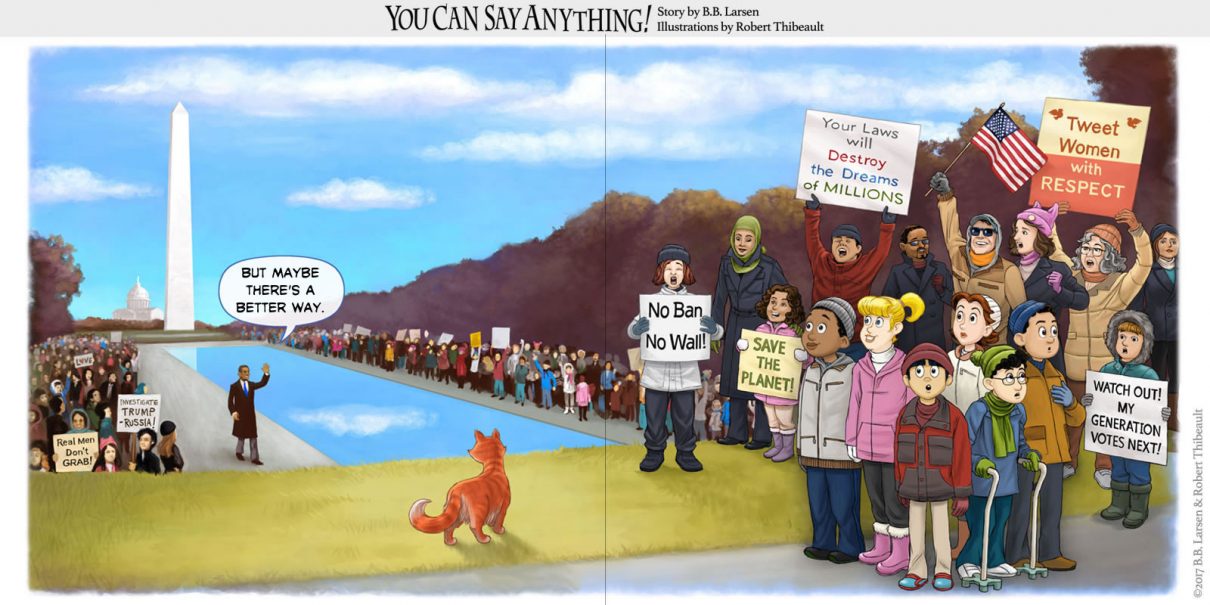 Donald Trump has been criticizing Barack Obama pretty consistently since taking office, accusing Obama of wiretapping him, dismissing Obama’s policies on climate change, health care, and Russian hacking (of all things). And on each of these topics, Trump is either heading in the wrong direction or taking not a stance at all. (Is it not a concern that Russia intervened in our election? Is it ok if they do it again?)

Well, we have news for President Trump: he could learn a thing or two from his predecessor. In our book, Obama appears in the final pages to remind us what it is to have a President who can communicate with the country (and not just tweet to his followers). President Obama reminds us our country is best when “people of every background and belief find a way to set aside smaller differences in service of a greater purpose.”

It’s a belief that has guided us in our book, and we hope that it offers hope for the future through civic engagement (and protest when necessary). We need a leader who leads the country toward that greater purpose.