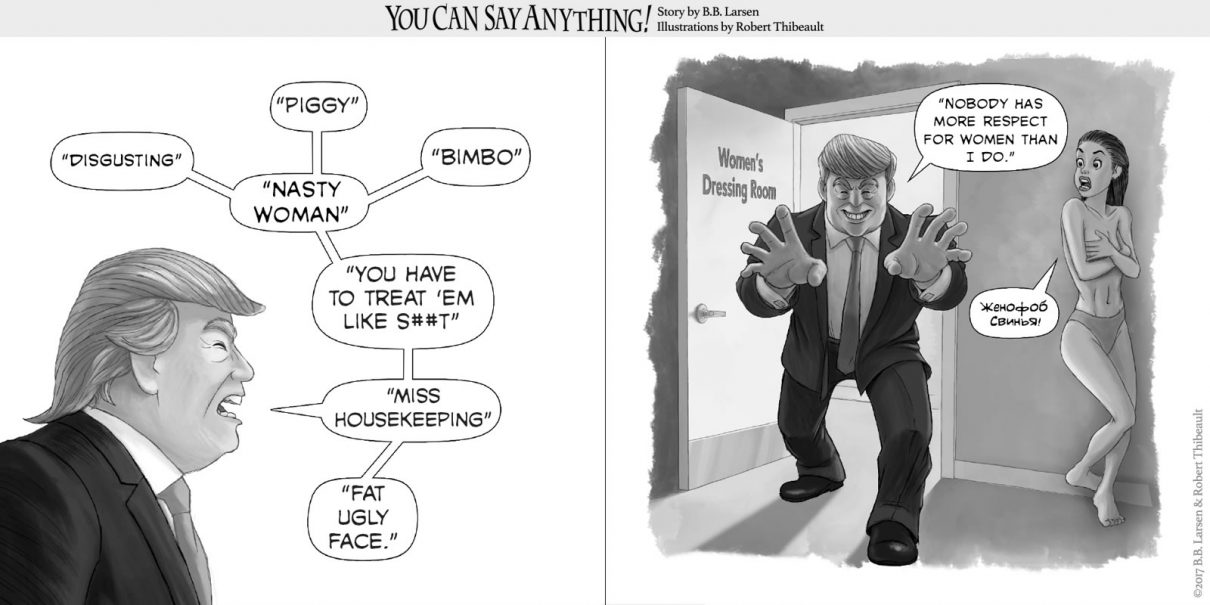 There’s a golden age — maybe four or five? — when children learn there are “bad words” and may begin to test them out.  Someone is “stupid” and, yikes, they realize they shouldn’t have said that. And, hopefully, as children mature, they come to realize that what you get out of the world is connected to what you put into it, and if you’re pumping out bad feelings about other people all the time, you will often get the same in return.

But what happens when adults don’t make that connection and continue to pump out bad words and feelings about other people frequently? And what happens if they become President? And they are trying to pass legislation they think is important, and improve their standing among the population, and gain respect and cooperation from other leaders? But instead, they dwell on the bottom, calling other people “psycho”, “low IQ” and “crazy”? And look for hurtful ways to demean people physically?

Children will come to realize there is something wrong with that person. That they aren’t a normal adult, and they aren’t acting in a way that adults should act. Children grapple with these issues — and so maybe then they’d be best to advise Trump. Organize an advisory council of children, one from each state, working with him every morning on how to communicate with decorum before he picks up his iPhone. 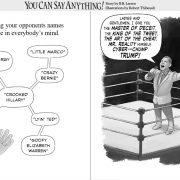 How we got started

Can Trump learn empathy from the children he cages?
Obama’s Lessons for Trump